Our Own Little Ralphie

The other day, we bundled Grayson out to play in the snow. This was our first snow outing in the snow this year, because Gray has been sick lately. But in between his illnesses, we decided it was time for play time! Gray has been asking to go outside every day, so I thought he'd be excited to get out there!! Well, you see for yourself how it went: 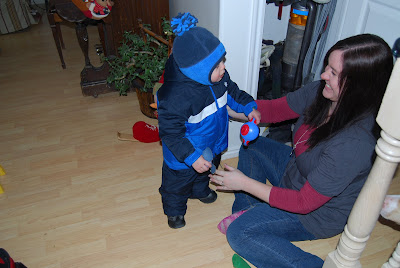 Getting him all bundled up. Doesn't he remind you of Ralphie from The Christmas Story?! 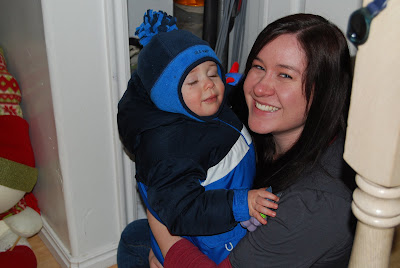 Oh my cuteness. I love it! 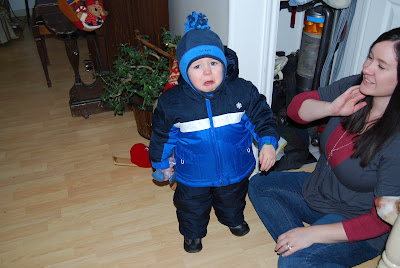 He did NOT love the snowsuit as much as I did.

Then after all the bundling, we got him outside. He was a bit anxious about it all, and didn't quite know what to think. 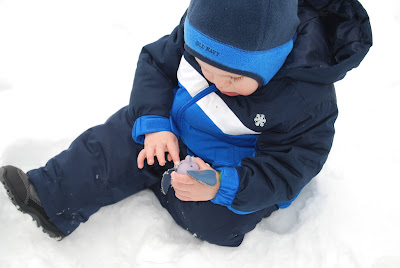 He was a bit concerned that Ele got snow on her! 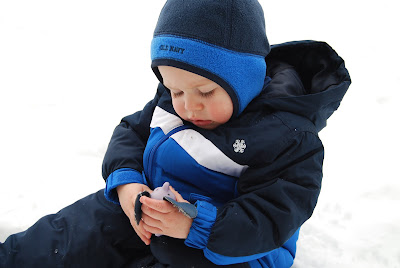 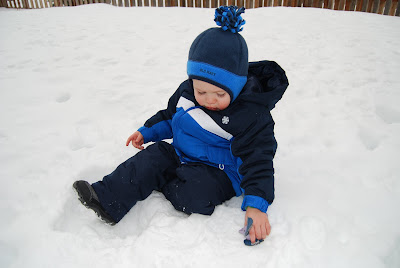 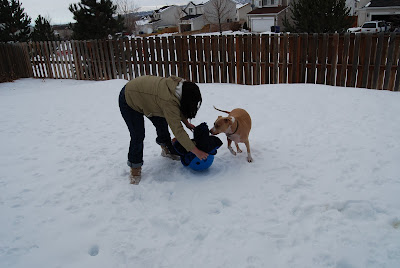 We broke out the Bilibo that was supposed to be a Christmas present -- so we could do some sledding :) 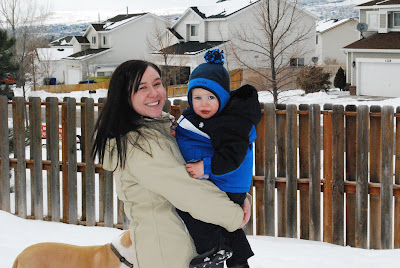 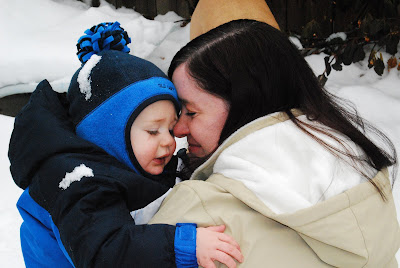 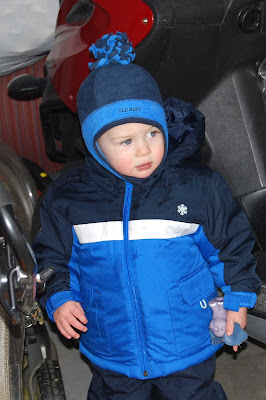 It doesn't look like it in the pictures (mostly because Steve went back inside and took the camera with him), but we had a LOT of fun out there -- mostly after Gray realized that he COULD walk in his snowsuit. We slid down a little hill in our back yard like 20 times, and walked all around the yard, saying "CRUNCH" with every step :) Gray SCREAMED when I made him go inside. We were both cold and tired after, but it was worth it!
Posted by Samantha at 9:44 PM

Oh so cute in his little snow suit! Looks like fun!!!