The things I've done are in bold.

What a weird assortment of questions. I leave you with a funny/cute picture of my baby in his carseat. He's happy to be facing forward so he can FINALLY see what's going on :) Gotta love that smile. And the hair! 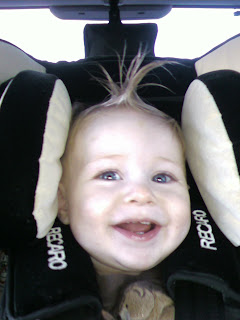 How much! Lincoln has the same carseat (different color) and I love it! I like it way more than our Britax. Those things are overrated.

That was fun to read. Italy is my dream vacation right now too!!

What a fun list of questions! Loved remembering about the whole Eifel Tower thing. Too funny! And thank goodness for kids are music so we can get some cultural experiences in our lives. Good times!

You went to London - England - land of your ancestors ! so WOW - you really have accomplished so very much at your young age ! WOW - I am impressed.

How are we even friends?! and your husband too you have quite a few swimmer friends. JK-totally kidding, really I am! But seriously you have anxiety in water and I would be happy to be a fish and spend all my time in the water, scuba diving is the most exciting thing I've ever done-so fun!