Thatcher is ONE YEAR OLD!! 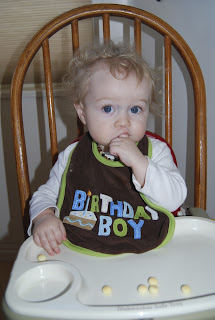 Thatcher Arie is ONE YEAR OLD!! I can't believe how fast this year has flown by! My little T-bear is such a sweet, mellow, fun little guy! He is such an important part of our family, and is such a blessing to us.  Here are his 12 month pics. 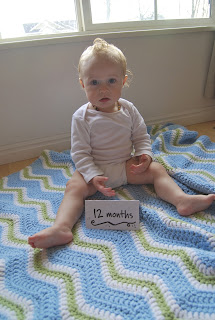 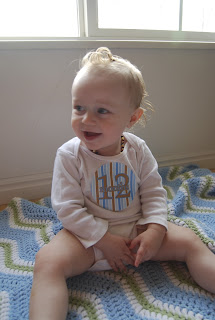 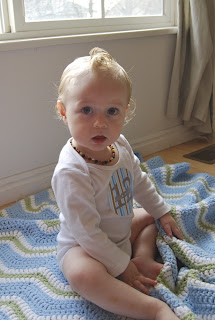 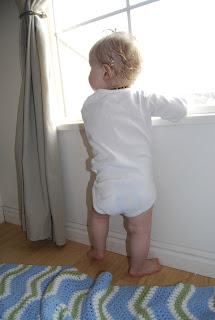 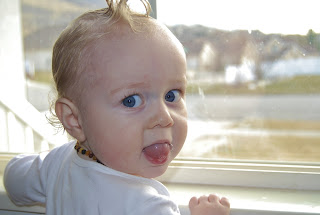 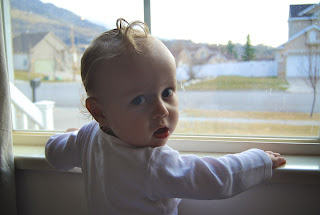 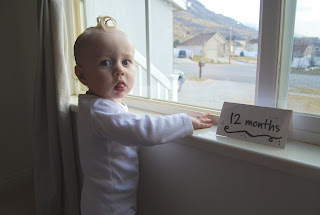 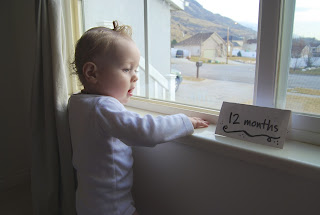 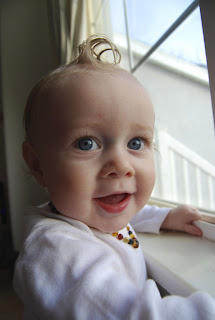 Here's a bit about my sweet little man:
He is 30.8 inches long (79%), and weighs 19 lbs 10 oz (8%). Still following the growth curve, just tall and skinny as always!
Thatcher thinks he's a big boy, and tries to do whatever big brother Grayson is doing. This perturbs Gray a bit when T tries to steal whatever he's playing with.
T is KIND OF crawling, though he still doesn't do the traditional hands-and-knees crawl.  He either wiggles across the floor like a caterpillar, or he scoots himself around on his bum, pulling with his hands and pushing with his foot. He's quite efficient at it, however, and sure does get around where he wants to go!
He loves to scoot himself over to the front window and pull himself up so he can see out the window.  He pretty much loves to pull himself up on anything -- he loves to stand and cruise around the furniture.
T is expanding his vocabulary quite nicely -- he babbles and coos and chatters all day long.
He laughs all the time, and it's my favorite sound in the world.  He laughs at anything and everything!
He loves to eat -- here's hoping he STAYS that way and isn't picky like his brother!  His favorite snack is "Baby Balls" -- these little Japanese ball cookie things we get at Steve's aunt's house.  He loves em! (That's what he's eating in the first pic at the top).
He's still nursing, which I LOVE -- except the whole biting thing.  OW.  He still just has two bottom teeth, but I suspect there are more coming soon.
T has the craziest curls ever, and I LOVE them! People keep telling me he needs a haircut, and I just say NEVER! Oh, I love those soft, sweet curls!
He's still co-sleeping with us -- another thing I love. I love having him next to me, being able to snuggle my sweet boy all night! He makes the sweetest little sounds and faces while he sleeps. And most mornings I wake up to chubby little hands patting my face, and a sweet little voice saying "deedledeedledeedle mama-mamaaaa". What could be better than that!?  I said I'd start to transition him to his own crib after he turned one, so I guess I have to now.....  not sure I'm quite ready to give him up yet :)
He's getting old enough now that Grayson loves playing with him -- it's so fun to watch them together.

We love you, T-bear! Here's to another great year ahead of us!
Posted by Samantha at 11:14 PM

OH he is such a cute and fun little guy. I too just love his laugh and his sweet little self ! great pictures - I love the ones at the window.

Dont cut his hair! So cute I still miss matts curls:( he is adorable congrats on your first year T!

happy birthday cute boy. I love your curl too.