A Boy and His IPad

Steve got an iPad for his birthday, and he loves it -- carries it around everywhere with him. Grayson loves it, too. They have done away with their usual bed-time routine of reading books together -- they now look at pictures of animals and cars on Steve's iPad. Grayson will say an animal, and Steve googles it -- then Gray taps on the picture he wants to see with his little finger -- he LOVES that he has control of it. I had to take pictures to document the cuteness. Something tells me this little one is going to be a techie-geek like his daddy :) 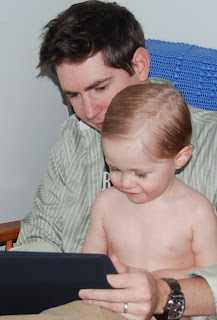 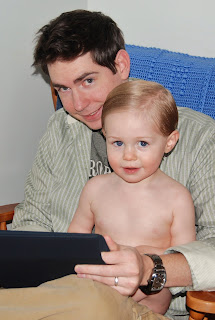 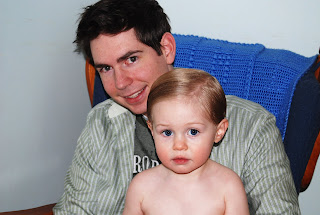 How fun....Since Tyson isn't allowed fancy electronics (somehow he breaks them all) can he come over for the bedtime routine as well?