I'm a bit behind, but I took these pics when Thatcher turned 8 months (on Sept. 6th). I've just been waiting to edit them. Anyway, here's a bit about baby T lately. 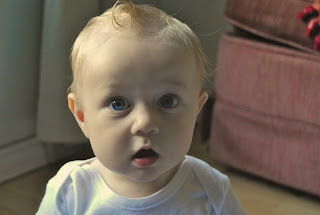 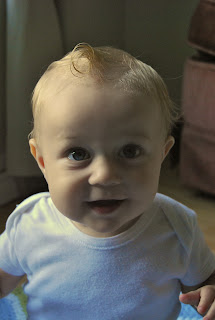 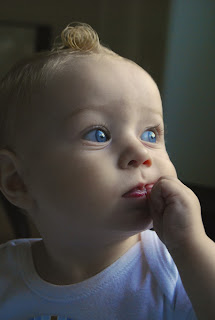 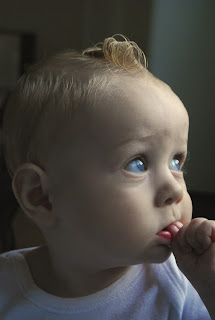 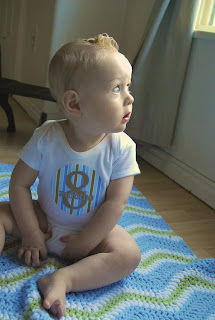 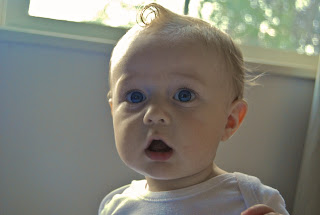 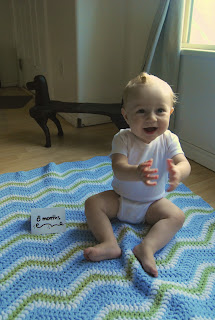 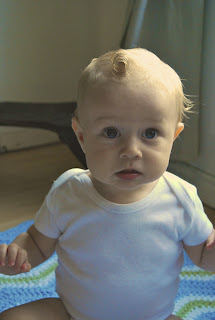 T is still just the happiest little guy ever -- he is always smiling and laughing! Sometimes he laughs at the weirdest things -- one day he was just watching Grayson eat his sandwich, and he was full-out gut-laughing like it was the funniest thing he'd ever seen!  He's not so quiet anymore, however! The boy has found his voice, and loves to babble and/or screech! He says Da-Da (which Steve loves, of course), and baba, booooo, and mmmmm -- and other random sounds.  We're working on the 'mama' :) .  He still doesn't cry very often -- just when he's tired. He recognizes the signs for 'eat' and 'milk'.  He loves yogurt, bananas, apple sauce, and peas.  He doesn't like sweet potatoes or carrots (yet). He is so close to crawling, but isn't there quite yet. And I'm not gonna push it! I'm all about him staying in one place for as long as possible! Ha!
He is such a wonderful little guy, and such an important part of our family! We love you, baby T!
Posted by Samantha at 10:52 PM

He is such a cute guy!

Oh I love his happy self too :) especially that laugh of his - so contagious ! LOVE